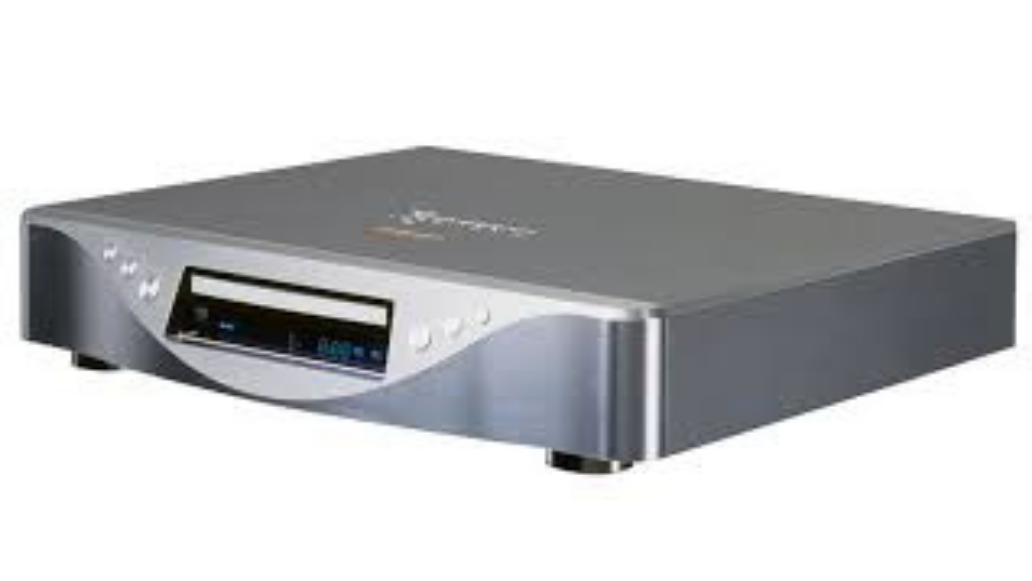 The SZ-1 is only 3” inches high, a little less than 16” wide and 13.5” deep. It is not extremely heavy but at 18.5 pounds you won’t toss it around lightly. Esoteric has always believed in using higher grade materials and all of the control buttons on the front and the circular feet on the bottom are also made of aluminum just like the exterior chassis. The SZ-1 has the standard play, pause, stop, forward, reverse, and standby buttons, and the digital display on the front is a soft blue. Velvet pads are on the bottom of the aluminum feet and reduce ringing just in case some owners have glass equipment shelves. The rear of the unit is laid out nicely with both XLR and RCA outputs, coaxial and optical digital outs (that needs a little further explanation), a BNC word clock input and an i.link connector for connections to amplifiers such as the AZ-1. This output can also be used for two channel and multi channel SACD output.

The SZ-1 uses a Cirrus Logic CS4398 chipset for decoding of both DSD and PCM data streams. Esoteric has always been in the business of building a better mouse trap and with the Elegance line of products they continued the practice of creating a transport mechanism from the ground up. This new conventional transport was designed by Esoteric as a vertically aligned optical stability platform or VOSP for short. VOSP is used in the Esoteric SZ-1, UZ-1, SA-60 and DV-60. The only differences in the implementation of this transport between the Z series and the SA/DV series are in the size of the top weight and cover plates that aid in stabilizing the disc during rotational playback.

The VSOP transport mechanism in the SZ-1 is made of aluminum instead of plastic and has a scratch resistance coating on the aluminum tray. It has its own isolation and framing mechanism that utilizes CNC precision built gears that allows the servo controlled laser beam to move across the CD with great accuracy. Some lesser transport mechanisms are made of plastic molds, have plastic gears and rubber pulleys. This metal mechanism is fairly heavy which should improve longevity and help to reduce vibrations.

The SZ-1 also does some interesting things regarding optical pickup. According to Esoteric:

Most disc players allow for “off axis,” vertical tracking which requires a need for extensive off axis error correction. Esoteric’s tracking ability and VSOP greatly reduces the need to error correct embedded data because the unit never tracks data other then in a circular (rotational), pattern or vertical plane. The sliding shaft structure in the SZ-1 and UZ-1 is also designed to prevent laser pick-up, off axis tilting during movement of the lens. This structure ensures stable motion of the pick-up and much more precise reading of all embedded material within the disc.

So of course after reading about the new transport the Curious George in me couldn’t resist the temptation to take a look inside by removing the SZ-1's cover.